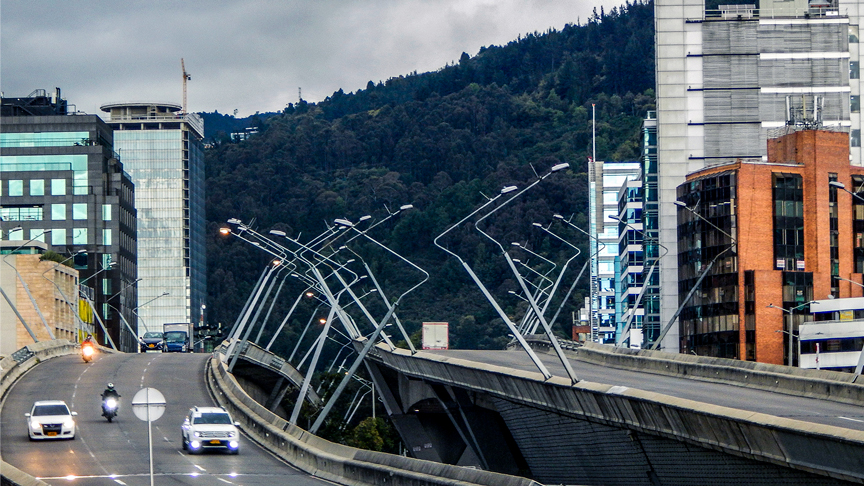 The Colombian capital appears as the city in the world that has gained the most positions in the biannual ranking that measures aspects such as business environment, human capital, infrastructure, reputation and development of the financial sector.

The most recent edition of the Global Financial Centers Index, a biannual ranking that is considered one of the main references for decision makers in public policies and investors, highlights Bogota as one of the cities in Latin America and the Caribbean with the best rating and places it in the 81st position among 119 destinations analyzed.

The position shows an improvement of 22 places compared to the measurement published in September 2021, and becomes the best that Bogota has achieved since it entered the index in March of the same year. In this way, Bogota becomes the city in the world that climbed the most positions in this edition of the ranking compared to the previous year.

Juan Carlos González, Vice President of Competitiveness of the Bogota Chamber of Commerce (CCB), states that “the determined work of the Financial Services Cluster initiative of Bogota and the region, led by the CCB, together with different public and private actors at local and national level, has been decisive in this achievement for the city, which evidences the results of nearly five years in the implementation of projects and actions to strengthen innovation capabilities, specialize human talent and improve financial inclusion and education indexes in the city. In addition, it is worth highlighting the efforts made in the last two years by the companies in the Cluster to improve and sophisticate their financial solutions to meet the needs of use and access to financial services in a context of pandemic and reactivation”.

The Global Financial Centres Index is compiled by Z/Yen, a think tank in London’s financial district, and China Development Institute (CDI). Based on surveys of thousands of financial sector stakeholders in more than 100 cities, this ranking measures aspects such as business environment, human capital, infrastructure, reputation and financial sector development.

An attractive place to live and work

Survey participants were asked about the place in the world where they would like to work and live, other than their current city. Bogota appears as the only city in Latin America mentioned more than 20 times by respondents, making it stand out as one of the most attractive destinations to live and work.

“Advancing in this index brings a series of very important benefits for the city, especially because it is an input that major investors take into account when making decisions. Undoubtedly, this will result in a greater attraction of investment that, in the long term, will help us generate new jobs and close the gaps left by the pandemic,” said Alfredo Bateman, Bogota’s Secretary of Economic Development.

The Global Financial Centers Index includes a section highlighting the most important elements to generate a competitive environment for Fintech companies. In this, Bogota ranks 74th, with an improvement of 12 steps compared to the previous edition of the ranking.

“Bogota’s performance in this ranking is an example of the good results generated by the articulated work between the public sector and private enterprise. The challenge for the city is to capitalize on this type of recognition, integrate it into its value proposition and turn it into a differential for attracting investment projects that promote the development of the capital,” added the executive director of Invest in Bogota, Isabella Muñoz.

For nearly five years, the CCB has been leading the development of the Bogota Region Financial Services Cluster Initiative, a joint effort with more than a hundred public and private actors of the financial ecosystem of the city and the country, who set the goal of positioning Bogota as the main International Financial Center (IFC) of the Andean region, Central America and the Caribbean by 2026.