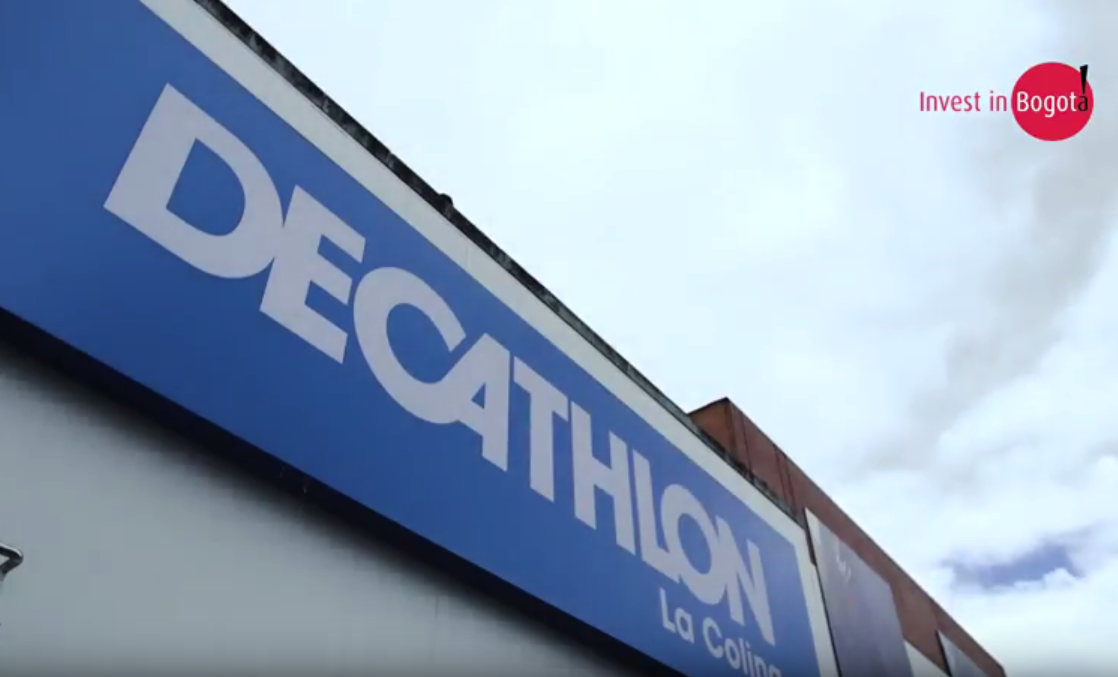 The French company founded in 1976 and present in more than 30 countries opened its first store in Bogota on February 15.

With an initial payroll of 60 Colombian collaborators, the French company arrived in the country attracted by conditions such as a stable economy and a high-potential market. “A geography that offers sceneries with mountains, rivers, lakes, natural parks, the Amazon, two oceans and growth of the purchasing power of the middle class, makes Colombia a very attractive country for companies like ours,” says Augusto Felix, CEO of Decathlon for Colombia.

According to statements by the investors, Colombia was selected for many reasons, among them the fact that the World Bank has placed it among the top performers in five of the last eight years and being the first country in Latin America and the sixth in the world in terms of investor protection.

Bogota was its first port of call, attracted by the size of its population, which represents 16% of all Colombia, and its significant purchasing power demonstrated by the fact that 51.6% of the people of Bogota belong to the middle class. The capital also moves 27% of the country’s sports market and is considered to be a city undergoing renewal, dynamic and with many opportunities to be the sporting epicenter of the most important disciplines practiced in the country.

“For Bogota, it’s very important to receive anchor companies such as Decathlon, because they drive the value chains of the manufacturing sector that are so important for the development of the city’s economy,” says Juan Gabriel Perez, CEO of Invest in Bogota.

The commitment of the French firm is to offer quality products at competitive prices as well as to diversify its offer to include sports that cannot be easily found in the local market such as rugby, paddle, tennis, fishing, cycling, ping-pong, and camping, among 60 other different practices.

According to Felix, apart from its investment in economic capital, it has invested in the workforce. Its employees participate in training programs and business trips to the headquarters in France and offices in Spain. “We feel this is essential because we are convinced that it is the best investment to succeed and develop our business better in Colombia when we want to accelerate expansion.”

Under the theme “Sports for everyone, everything for sports”, the specialized megastore seeks to satisfy the Colombian public, from those who just practice occasionally right through to the most passionate sports lovers.

“We welcome the arrival of Decathlon to our country, in the framework of the Colombia-France Year. The presence of this firm reflects the diversification of sectors and our potential to receive foreign investment in different sectors, even more so now in the post-conflict era. Thanks to the efforts of ProColombia nine French capital initiatives have arrived in the last six years with businesses totaling over USD 580 million in hotel infrastructure, retail, cosmetics, and personal hygiene, building materials, automotive, investment funds and metalworking,” notes Felipe Jaramillo, President of ProColombia.

In Latin America, Decathlon is present in Brazil with 20 stores and three in Mexico. The opening of the first store in the world dates back to 1976 in northern France. In 2013 store number 100 was inaugurated in Spain (there are currently 149). To date, the chain has more than 1,000 outlets in more than 30 countries and more than 70,000 employees worldwide.

According to the Balance of Payments of the Bank of the Republic, France is the fourth largest European investor in Colombia with a cumulative record of USD 1.58 billion between 2010 and the third quarter of 2016.